To the average member of the public, no Royal Dynasty has come to represent England and Englishness as the Tudors, a multi-generational 16th Century force that dragged England out of the bleak and dreary middle ages and into the renaissance period that enabled the Kingdom to become a superpower on the global scene. England became a mighty nation during the reign of sequential Tudors, rapidly growing in a self-assurance and assertiveness that would later blossom into the dominant British Empire under their successors. It was under this Dynasty that England broke with Rome, that the English vanquished their aggressive Spanish foe through the defeat of the infamous Armada and that the world was given the immortal playwright William Shakespeare. Arguably the most overlooked Tudor monarch is the very man who began the dynasty, Henry Tudor, that great opportunist who is arguably one of the country’s greatest overachievers. Born fatherless and then nobly imprisoned until he was forced into exile as a teenager, this wise, calculating and intelligent man was transformed from a penniless rebel into a flourishing sovereign during dramatic morning in August 1485.

Often overlooked by many is that Henry Tudor, the King of England and father of the majestic Tudors, was a Welshman, born and bred in the land of his fathers. Yet how has this great and incredibly successful monarch been overlooked by a Welsh nation which prides itself on its history and is quick to acclaim their sons. The argument goes that as a Welshman who became a King of England, Henry turned his back on his fellow compatriots and is the source of all future acts of oppression emanating from the English side of Offa’s Dyke. He was a Welshman who should have freed Wales after two centuries of English occupation, a fellow Cymro who nonetheless hated Wales and was ashamed of his background. These modern Welsh Nationalists, an ideology which I do subscribe too it must be said, are keen to point out that Henry’s son King Henry VIII, that mighty tyrant of that turbulent era, introduced the Acts of Wales which annexed Wales into her superior neighbour, a situation that remains a bone of contention some 500 years later. Yes, the argument goes that Henry Tudor, as broadcaster Huw Edwards pointed out in the BBC’s Story of Wales production, was just another English king. We Welsh have a word for a Welshman whom moves to England, speaks English and denies his Welshness and that is a Dic Sion Dafydd, a term of similar sentiments to the derivative usage of Uncle Tom in parts of the United States.

This consideration of Harri Tudur to be an enemy of Wales, or at least some with a degree of antipathy towards his homeland, seems to be a modern comprehension, developed over the last century. Contemporary Welshmen certainly viewed the Tudors as a friendly force, the existence of praise poetry alone suggesting there was an audience for praising the family. The poet Sion Tudur proudly proclaimed to Henry’s granddaughter, the glorious Elizabeth I;

“Fair Harry, our long lasting joy,
The one who set us free,
Good was it for Wales all his life,
That the man of Gwynedd was crowned”

Elsewhere other poets of the period extolled the ascension of Henry Tudor, including Huw Machno during the late Elizabethan period when he wrote;

“If it befell that all Wales through mishap,
A long weariness, was put in chains,
Worse and worse it became for her fair homes and lands,
Swiftly from this to free us, as a king of great and good parts,
Jesus gave us Henry VII as our protector”

Henry also received such praise of his Welsh heritage to his face, such as at Worcester in 1486 when he was greeted with a poem proudly extolling his bloodline and the belief that he was fulfilling the ancient Welsh prophecies of taking the crown back from the English;

This idea that the rise of the Welsh Tudors was beneficial to the Welsh people continued after the dynasty was replaced by the Stuarts, although it should be noted that they were direct descendants of Henry Tudor through his daughter Margaret. The poet Edward Morris continued the theme of Henry having saved the Welsh people from the aggressive Norman yoke by declaring;

“Until we had a king, rooted in grace,
Chief ruler of all his kingdom,
A man of British blood, of splendid gifts,
Under his power to free us from the yoke”

In 1507 at the stately Carew Castle in West Wales a lavish celebration was hosted by the great South Welsh warrior Sir Rhys ap Thomas, the loyal soldier whom greatly assisted Henry during the Bosworth campaign and later battles. More than two decades of Tudor rule had passed by the time Sir Rhys held his celebration of his master, the climax of which was the embrace between two figures dressed up as St David and St George, symbolising the hitherto absent unity now felt between the Welsh and English. It was a unity that had only been able to grow under Henry Tudor. The idea that Henry had betrayed the Welsh people by becoming King of England and not empowering the Welsh people as an independent nation can therefore be rejected as absurdity. It was even recorded by a Venetian emissary shortly after Henry had become King that “the Welsh may be said to have recovered their former independence, for the most wise and fortunate Henry VII is a Welshman”. This loyalty that he possessed amongst his countrymen can certainly be considered a possibility the Reformation under his son was taken with little protest amongst the devoutly Catholic Welshmen of 1530’s Wales. Elsewhere in England rebellions and uprisings were a regular feature of the Tudor reign, including major revolts in Cornwall and Yorkshire. Wales never rose up in arms against the Tudors, who they considered to be one and the same with their best interests at heart.

It is the Acts of Wales that draws the greatest ire from modern Welshmen with regards to the Tudors and can be considered the key reason that Henry Tudor is often overlooked as a Welsh hero, regardless of the fact the he had died almost thirty years before their enacting. On a personal note I do agree that it is these acts which today strongly deny Wales the opportunity to seek self-rule, however during the 16th Century it is undeniable that these improved the quality of life for the average Welshman by raising them from inferior subjects to those on an equal footing with their English counterparts. Whilst it is simple to condemn the Acts today for demanding that usage of the Welsh language must be outlawed if a Welshman wished to serve public office, one must consider that the prospect of even serving in public office or getting any degree of equality with the English was vehemently denied to the Welshmen pre-Bosworth. One must only consider the various courtiers of Welsh descent who begun to prosper in English circles during the latter reign of Henry VIII and then through Elizabeth’s sovereignty, none more so than Thomas Cromwell and William Cecil.

Anyone that studies Henry Tudor in any depth however will quickly begin to realise that this accusation of anti-Welshness, or embarrassment of his Cymric roots, has no real academic or historical basis other than an assumption based on Wales having never achieved self-sovereignty during the rule of him or his descendants. Anecdotal evidence of Henry, always taken with a pinch of salt it must be conceded, would indicate that the first Tudor monarch was certainly proud of his roots and broadcast this to his English Kingdom in a way no prominent Welshman had been able to during the medieval period. Let’s consider the evidence that suggests King Henry VII, the first Welsh King of England, was proud of both his roots and by extension his homeland. 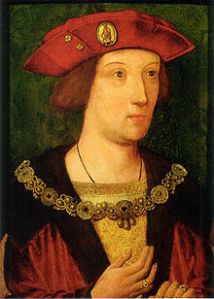 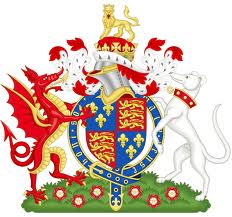